A resource guide for the Year 8 History Samurai assignment 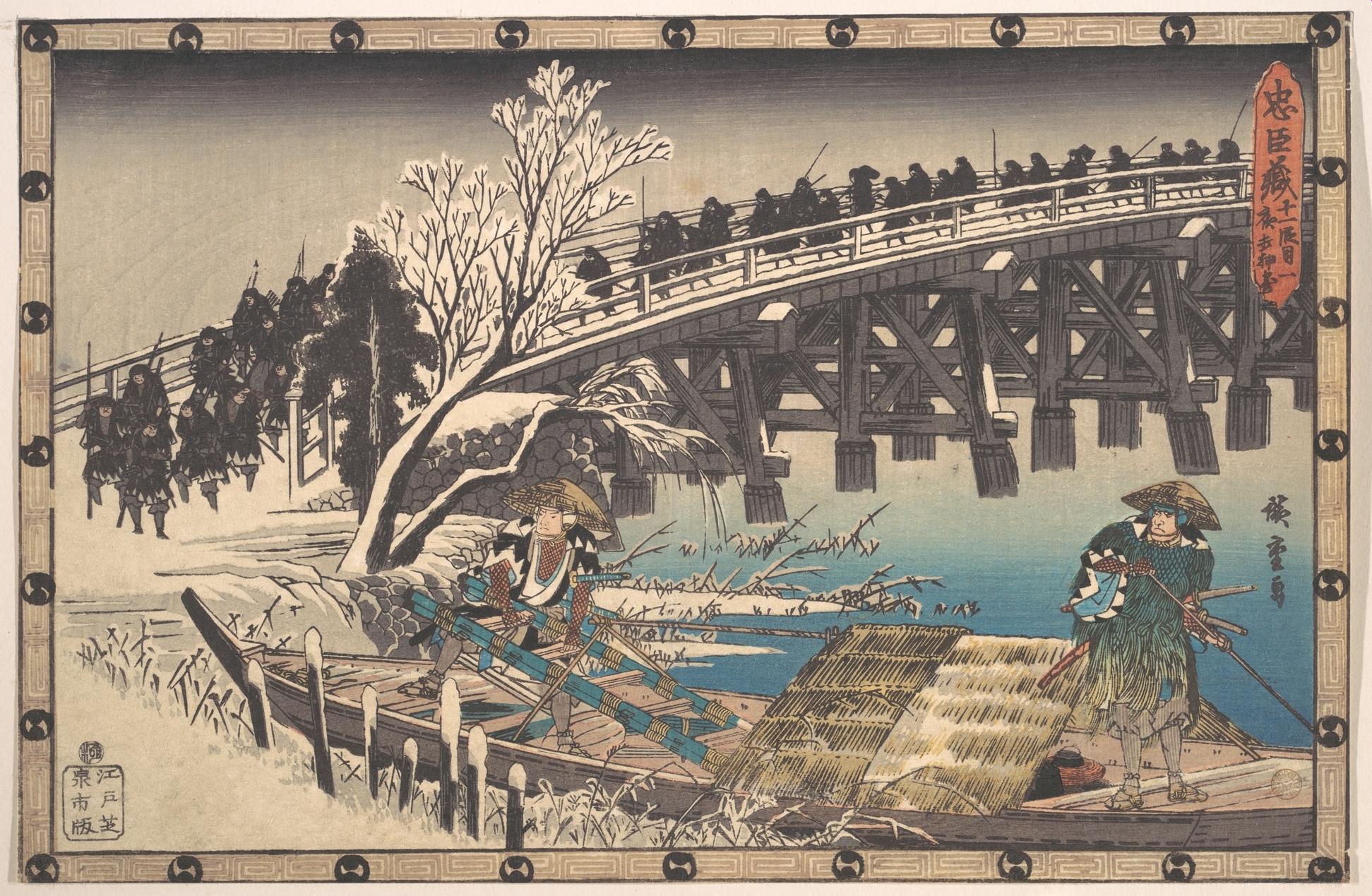 Source: The Loyal Ronin Crossing the Long Bridge to Embark for the Night Attack upon Moronaoca (1840) by Utagawa Hiroshige (The Metropolitan Museum of Art)

In this topic you'll learn all about Japan under the shoguns (794-1867). This period of history covers a large range of topics, from the creation of the Imperial Family to samurai warriors all the way through to when the Western world made its way into Japan. Click through the tabs at the top of this page to focus in on a topic, or read through the resources below for a general overview to start off your investigation into shogunate Japan.

Bushido: Meaning 'Way of the warrior', Bushido was a strict code of conduct the samurai followed.

Centralised government: government in which power is concentrated centrally at the higher level as opposed to it being more distributed at various lower level governments.

Clan: a group of people united by actual or perceived kinship and descent.

Daimyo: A great leader who was the most powerful under the shogun. His job was manage a large area of land he was in charge of as well as serving the shogun. The daimyo also paid samurais to protect and work for them.

Emperor: The supreme ruler over Japan. He was looked up to by all of his people, but held little power.

Feudal system: An order of society in which people are given different levels of power according to their job and status.

Fief: a source of income granted to a person (called a vassal) by his lord in exchange for his services.

Hinin: name given to the outcasts in Medieval Japan.

Kamikaze: a member of a Japanese air attack corps in World War II assigned to make a suicidal crash on a target (such as a ship).

Knights: a mounted soldier serving under a feudal superior in the Middle Ages.

Nobles: a social class normally ranked immediately below royalty and found in some societies that have a formal aristocracy.

Peasants: a pre-industrial agricultural labourer or a farmer with limited land-ownership, especially one living in the Middle Ages under feudalism and paying rent, tax, fees, or services to a landlord.

Ronin: In most simplest terms, a ronin is basically an 'ex-samurai'.

Samurai: a member of a powerful military caste in feudal Japan.

Seppuku: Suicide with honour. It was commonly practised by samurais after the death of their daimyo, or if they had caused disgrace in any way.

Shogun: Probably the most important and powerful figure in society. He was in charge of military and all the decisions made in this field. He was ranked under the emperor, but held more power.

Shogunate: type of government in Japan that gave all power to the shogun or military ruler.

Vassal: a person under the protection of a feudal lord to whom he has vowed homage and fealty.