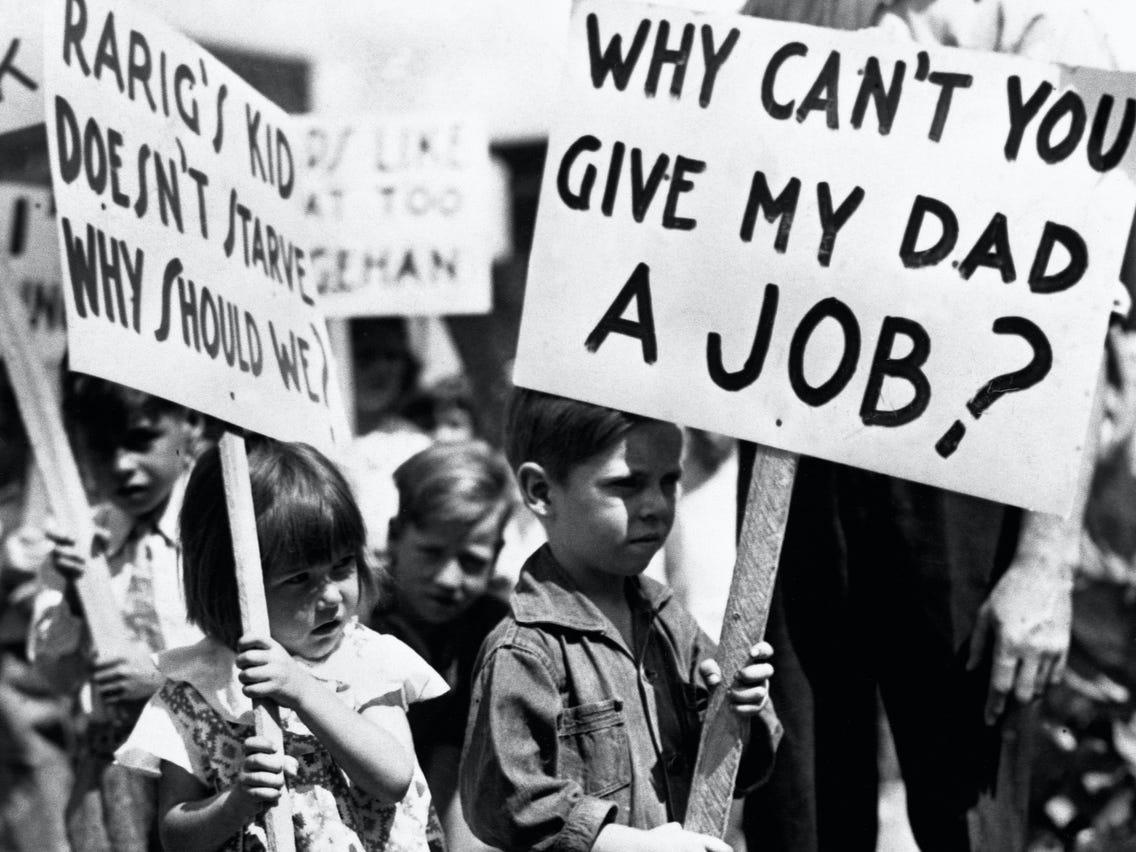 Adolf Hitler: an Austrian-born German politician who was the dictator of Germany from 1933 until his death in 1945. He rose to power as the leader of the Nazi Party, becoming the chancellor in 1933 and then assuming the title of Führer und Reichskanzler in 1934.

Assembly line: an arrangement of workers and machines in a factory, where each worker deals with only one part of a product.

The Big Three: the three main victorious countries after World War One. Sometimes they are referred to as the Allied Powers, sometimes the victors and sometimes the Big Three. They include Britain, France and the United States of America.

Bootlegger: a person who makes or sells liquor or other goods illegally.

Bull market: a market in which share prices are rising, encouraging buying.

Casualty: a military person lost through death, wounds, injury, sickness, internment, or capture or through being missing in action.

Colony: a country or area controlled politically by a more powerful country that is often far away.

Coup: a sudden, violent, and illegal seizure of power from a government.

Depression: a long and severe recession in an economy or market.

Dole: the money that the government gives to people who are unemployed.

Diktat: a harsh settlement unilaterally imposed (as on a defeated nation).

Empire: an extensive group of states or countries ruled over by a single monarch, an oligarchy, or a sovereign state.

Eviction: the removal of a tenant from rental property by the landlord.

Flapper:  a subculture of young Western women in the 1920s who wore short skirts, bobbed their hair, listened to jazz, and flaunted their disdain for what was then considered acceptable behavior.

Great Depression: a severe worldwide economic depression that took place mostly during the 1930s, beginning in the United States.

Isolationism: a policy of remaining apart from the affairs or interests of other groups, especially the political affairs of other countries.

The Jazz Age: a period in the 1920s and 1930s in which jazz music and dance styles rapidly gained nationwide popularity in the United States.

Merger: an agreement that unites two existing companies into one new company.

Mobilised: the act of assembling and readying military troops and supplies for war.

Motivation: a reason or reasons for acting or behaving in a particular way.

Nazism: a form of fascism, with disdain for liberal democracy and the parliamentary system. It incorporates fervent antisemitism, anti-communism, scientific racism, and the use of eugenics into its creed.

Prospectus: a disclosure document that describes a financial security for potential buyers.

Recession: a business cycle contraction when there is a general decline in economic activity.

Reparations: the compensation for war damage paid by a defeated state.

Self-determination: the process by which a country determines its own statehood and forms its own government.

Stockbroker: a broker who buys and sells securities on a stock exchange on behalf of clients.

Stock certificates: a legal document that certifies ownership of a specific number of shares or stock in a corporation.

Susso: an Australian slang term referring to "sustenance" payments, especially during the Great Depression. "Susso" could also be used as a noun, for someone depending on such payments, often unsympathetically.

Sustenance: food or drink that allows you to continue to be alive.

Treaty of Versailles: peace document signed at the end of World War I by the Allied and associated powers and by Germany in the Hall of Mirrors in the Palace of Versailles, France, on June 28, 1919; it took force on January 10, 1920.

Unjust: not based on or behaving according to what is morally right and fair.

Vagrant: a person without a settled home or regular work who wanders from place to place and lives by begging.

Volstead Act: an act of Congress, introduced in 1919 by Andrew J. Volstead to implement the Eighteenth Amendment of the Constitution, which forbade the sale of alcoholic beverages.

Wall Street Crash: a major American stock market crash that occurred in the autumn of 1929.

Weimar Germany: the German state from 1918 to 1933 when it functioned as a federal constitutional republic. The state was officially named the German Reich, and was also referred to as the German Republic.

Yield: give way to arguments, demands, or pressure.