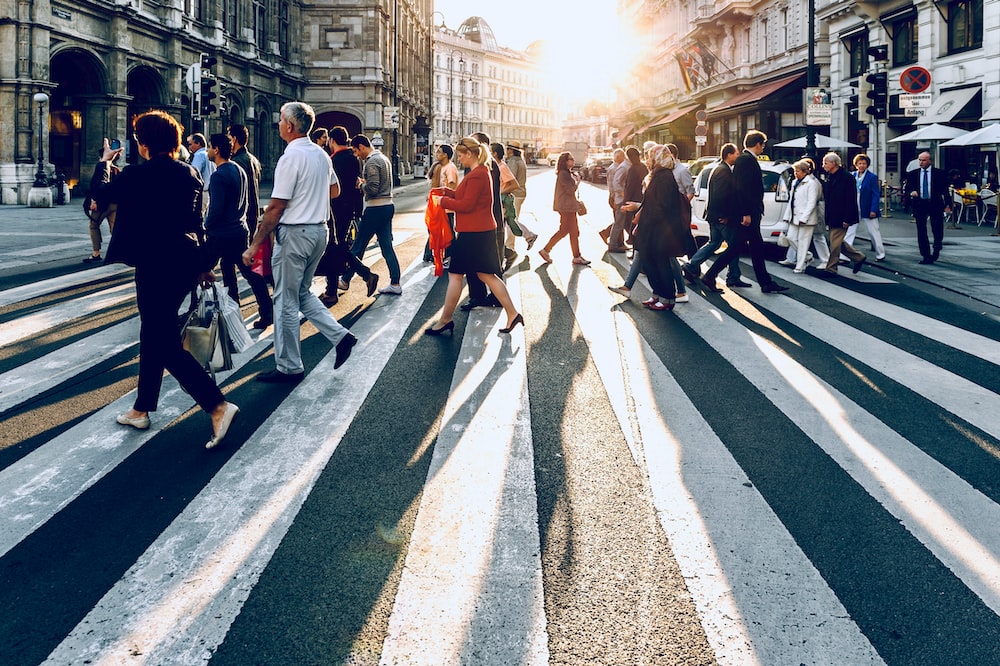 The ways in which humans live are changing, through introduction of new technologies, growing populations, urbanisation, and changing migration patterns. Read through the resources below and the topics above to learn more about this topic.

Central business district (CBD): the commercial and often geographical heart of a city

Climate graph: a single graph that often depicts the overall weather for a specified location

Conurbation: an extended urban area, typically consisting of several towns merging with the suburbs of a central city

Decentralisation: the process by which the activities of an organization, particularly those regarding planning and decision making, are distributed or delegated away from a central, authoritative location or group

Displaced person: a person who is forced to leave their home country because of war or persecution

Emigration: the act of leaving one's own country to settle permanently in another; moving abroad

Exurb: an area beyond the suburbs where the wealthy people live

Gentrification: the restoration of rundown areas by the middle class

Ghetto: a part of a city, usually in a rundown area, inhabited by minority groups

Greenbelt: an area of open land around a city where building is restricted

Immigration: the action of coming to live permanently in a foreign country

Industrial: of or relating to commercial enterprise

Infrastructure: the basic physical and organisational structures and facilities needed for the operation of a society or enterprise

Internal migration: the movement of people from one defined area to another within a country

International migration: the movement of persons away from their place of usual residence and across an international border to a country of which they are not nationals

Megacity: a very large city, typically one with a population of over ten million people

Migration: the movement of people from one place to another with intentions of settling, permanently or temporarily, at a new location

Multicultural: relating to or containing several cultural or ethnic groups within a society

Permanent migration: when someone moves from one place to another and has no plans to return to their original home

Population: the people who inhabit a territory or state

Population density: the number of people per unit of area, usually quoted per square kilometre or square mile

Population distribution: a term that is used to describe how people are spread across a specific area

Population profile: a chart showing the number of people as a function of their ages

Refugee: a person who has been forced to leave their country in order to escape war, persecution, or natural disaster

Rural: a rural area or a countryside is a geographic area that is located outside towns and cities

Sea change: a significant change in lifestyle, especially a move from the city to a rural or seaside location

Suburb: a residential district located on the outskirts of a city

Suburbinisation: a population shift from central urban areas into suburbs, resulting in the formation of urban sprawl

Temporary migration: migration to a country that is not intended to be permanent, for a specified and limited period of time, and usually undertaken for a specific purpose such as work

Tree change: a phrase used to describe the move from city living to a more rural/country setting

Urban: relating to a city or densely populated area

Urban density: a term used in urban planning and urban design to refer to the number of people inhabiting a given urbanized area

Urban fringe: the area of land where town meets country

Urbanisation: making an area into a part of a town